Difference Between SculpSure® and CoolSculpting®

Difference Between SculpSure® and CoolSculpting®

Fat is stubborn, complicated, and often misunderstood. People have different approaches towards reducing or eliminating the fat, with plastic surgeries being one of the quickest methods to get rid of fat. Liposuction, as we all know is a very popular way of eliminating fat despite experiencing a significant decline since 2000. Yet it remains in the top five cosmetic surgery procedures in the world.

Then came the non-invasive fat reduction procedures, such as CoolSculpting® and SculpSure®. These were designed to provide people who wanted to get rid of the fat with a great alternative and apparently, they succeeded in doing so. Since they are practically the closest things you can get with a fat-removing magic wand, it is not surprising that the American Society Of Plastic Surgeon (ASPS) reported a huge increase in these procedures in the last few years. Both procedures may look similar in the first look, but there is a significant difference between CoolSculpting® and Sculpsure®, which you will find in the sections below.

Here is what it is and what you need to know if you are considering a non-invasive fat reduction procedure.

SculpSure® is meant to achieve the same thing as CoolSculpting® does, but the approach is totally different. Instead of freezing the fat cells, the treatment involves heating the fall cells to kill them. In SculpSure®, applicators are placed over the area from which the fat cells are to be removed and a laser is used to heat the fat cells to a point of irreversible damage. After the fat cells are damaged, they will be flushed away from the body through the lymphatic system of the body. The effects won’t appear right away, but take as much time as they do in CoolSculpting® treatment.

FDA has approved SculpSure® for treating fat in the stomach area, double chin, thighs, back, and love handles. Most treatments go for about 25 minutes. Dr. Pacheco at Aesthetics Medical Skincare Center offers SculpSure® services for her patients. Inquire for your evaluation today!

CoolSculpting®, which is also known as Cryolipolysis is a procedure in which the fat cells are frozen and then killed. The treatment works when an applicator (think of it as a giant vacuum tube) applies suction to the target area of the body. Once that happens, the applicator carefully applies regulated cooling plates to the target area to reduce the temperature of fat cells where they are irreversibly damaged. The process takes around an hour.

The fat cells will not be able to withstand the deep-freeze damage and thus, succumbing to it. The elimination of fat from the body is going to take some time, but after a few weeks, you will begin to see results, with more conspicuous results coming in the next 2-3 months.

In theory, CoolSculpting® can deal with virtually any unwanted bulge – it is FDA approved for the abdomen, “love handles”, thighs, arms, “bra fat”, back fat, “banana roll” under the butt and “double chin”. However, there is a big warning; you must have “enough fat to make the applicator stick,” In other words, there must be enough fat to tighten for the treatment to work.

Differences Between These Two Treatments 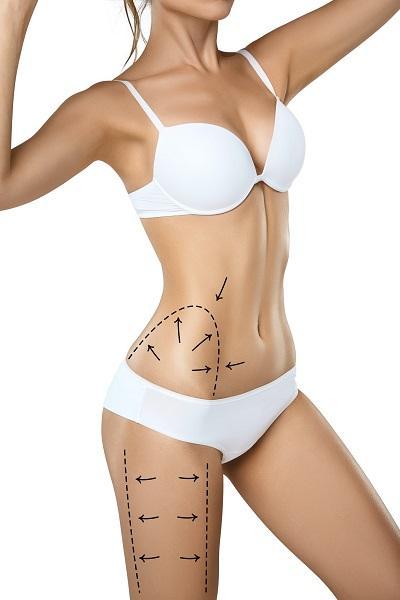 FDA has approved both SculpSure® as well as CoolSculpting® to treat areas where the presence of stubborn fat is there. However, you can interchange the treatments for fat removal, as both processes are different and have varied applications. After reading the below list, you will see why we have decided to offer SculpSure® over CoolSculpting®.